Anastasia Kvitko is a famous Russian model with curvaceous forms reminiscent of the popular American actress, model and TV presenter Kim Kardashian. Anastasia’s fame brought her profile at Instargam, where the account of subscribers has already gone into the millions. The girl advertises lingerie, clothes, food for athletes, and also regularly pleases fans with pictures of a very frank nature. At the moment, the model lives and works in the United States. According to Anastasia Kvitko, the parameters of her figure: 95–63–104. 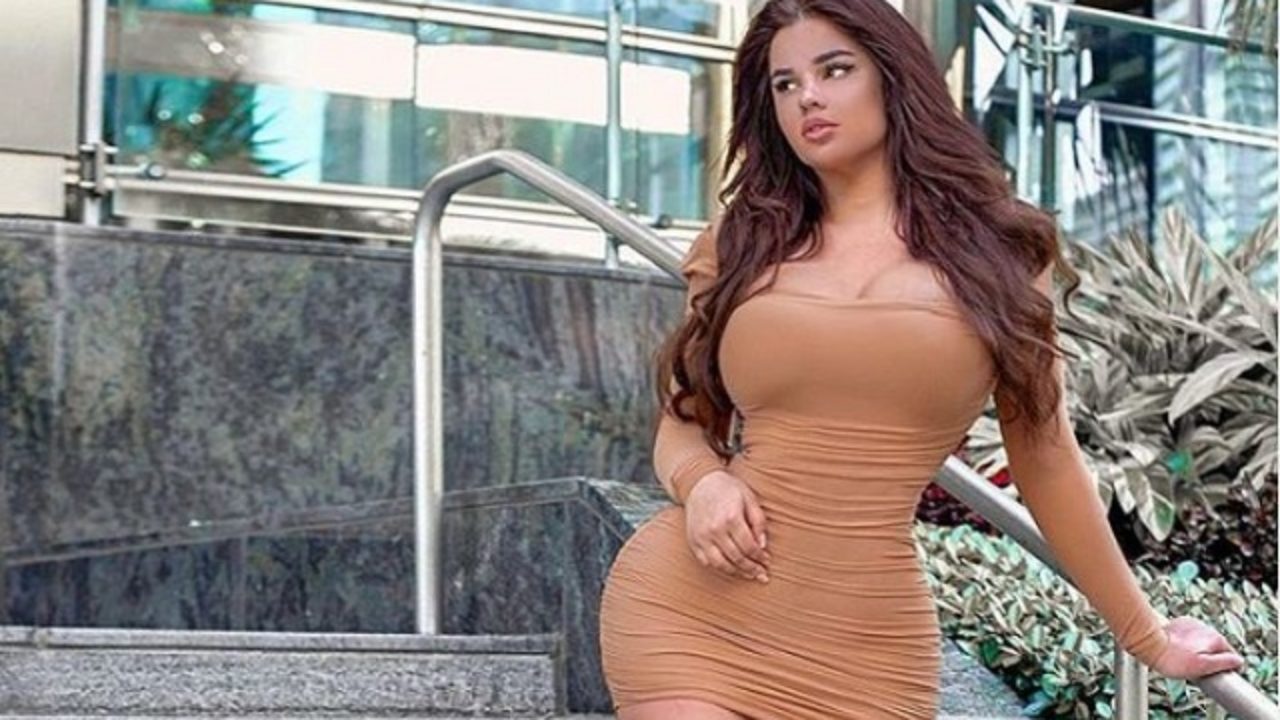 Nastya Kvitko was born in Kaliningrad, lived with her parents on the fifth floor of a multi-storey building. She loved to draw as a child, learned to sew well. She studied at an ordinary comprehensive school.

In general, Anastasia does not like to remember her childhood, since her peers treated her very cool because of the excess weight. To get in shape, the girl enrolled in the athletics section. A little later, she got a job at the New Stars modeling agency, but did not achieve much success for the same reason – the agency’s leadership made her lose weight even more, and Anastasia was forced to terminate the contract. 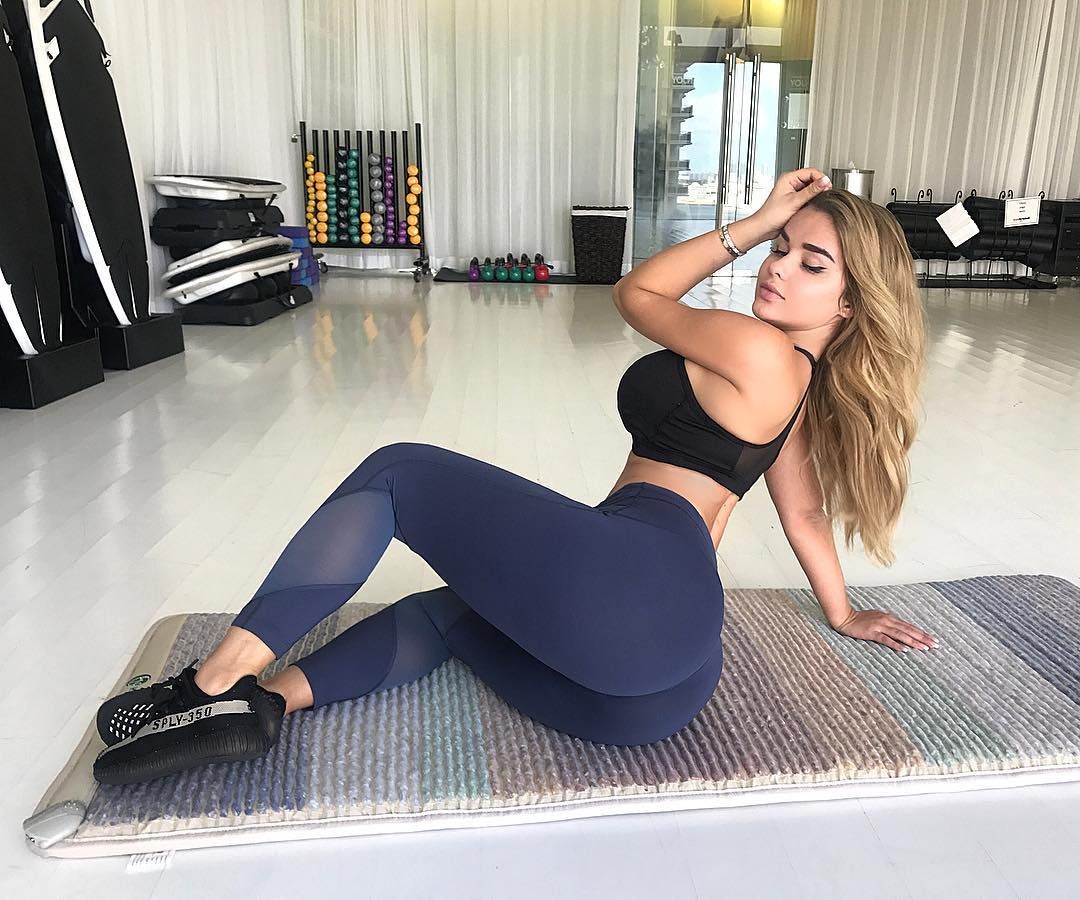 The model’s career began in 2011, when the famous photographer Anvar Norov, specializing in shooting model tests, came across pictures of Anastasia in one of the social networks. The man was impressed by the non-standard figure of Anastasia: magnificent breasts, “aspen” waist, large buttocks.

Anvar Norov offered Kaliningradka Time for Print cooperation, roughly speaking, Anastasia posed for the photographer for the highest quality pictures, which subsequently formed the initial base of her portfolio. The photoshoot made a splash on the Internet, and the official news public on the VKontakte social network (Vkurse) invited the novice model to shoot for the photo shoot “Girl of the Day”. In 2013, Anastasia Kvitko’s career went up sharply after moving to Moscow. In the capital, Anastasia was immediately bombarded with offers. One of the most resonant was the photo shoot for the hip-hop magazine RHYME Magazine.

In August 2014, she started an Instagram page. This was a breakthrough. Every day, the army of fans of “Russian Kim Kardashian” replenished with thousands of new subscribers.

In the winter of 2015, Anastasia Kvitko was offered a job at Kanye West Clothing, a fashion clothing company. Clothing designer is Kanye West, husband Kim Kardashian, a well-known American rapper, raising three children with Kim. Kanye West is actively collaborating with Adidas – as part of the brand, the rapper is promoting his YEEZY clothing line.

In January 2016, Anastasia Kvitko moved to live in Miami, where she was offered a place in an advertising agency. There she was also offered to lose weight, but the girl, who made curvaceous her trademark, refused. In the USA, the model advertised Colombian-made corrective underwear and corsets. In the spring of 2016, at the Cameo nightclub in Miami, Anastasia Kvitko presented her solo show with the support of Mia. In mid-2016, the model moved to live and work in Los Angeles. SCANDALS AND HEARINGS IN

The Internet around the figure of Anastasia Kvitko serious debates flare up. Many followers do not believe that the girl did not have plastic surgery. One could call these words ordinary envy if it weren’t for photos of the very young Anastasia that surfaced on the Web, which show that her natural data are not so impressive at all.

However, the girl’s accusations of liposuction and surgical enlargement of the breast and buttocks are hasty, after all, in the “early” photographs she is only 17 years old. Anastasia assures that the success of her figure lies in the genes and regular exercises in the gym.

Anastasia Kvitko is successful with a strong half of humanity. Already at school, classy girls did not deprive the spectacular girl of attention. The boys accompanied her home, carried her backpack. In her youth, she began to meet a guy who inspired her confidence, admired her full figure. Anastasia always listened to his opinion. Together they left Kaliningrad for Moscow in order to succeed and build a career. But, apparently, these relations did not stand the test of time and popularity.

In the summer of 2016, Nastya Kvitko began dating the millionaire Arseniy Sharov, the former spouse of Alena Vodonaeva, an ex-member of House-2.

Anastasia Kvitko is a supporter of a healthy diet. She does not eat fast food, meat, chicken. Kaliningradka loves to act in the style of “Belfi” (selfie back and buttocks).

In 2016, Anastasia Kvitko starred in the video for the song “Ay mi Dios!” (“Lord”) of hip-hop artists El Chacal, Yandel, and Pitbull. In the video, Kaliningrad played a girl who cheated on her boyfriend DJ. The ending of the story is sad – the heroine of Anastasia dies.

The girl confidently builds a career as a model, enjoys popularity and with pleasure provokes subscribers to a heated discussion of her figure, laying out candid pictures.